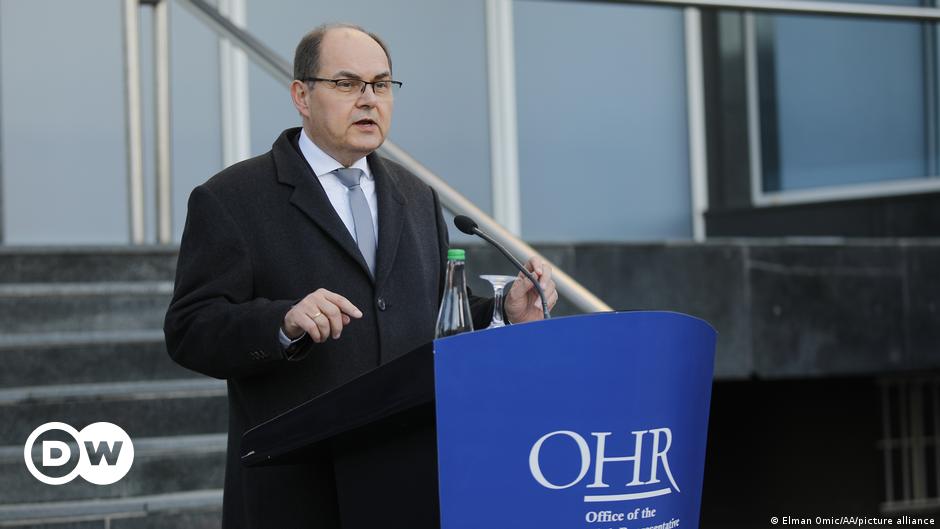 The UN’s top representative in Bosnia, Christian Schmidt, on Tuesday suspended new legislation in the Republika Srpska that threatened to weaken the country’s central government.

The law, passed by the Republika Srpska National Assembly in February, stipulates that the Serb-majority entity can appropriate state-owned property in the territory.

The UN High Representative oversees the civilian aspects of the peace accord that ended the 1992-95 war in Bosnia. The office has the ability to remove elected officials and impose laws.

What did Schmidt say?

“I have issued an order suspending the application of the Republika Srpska law on immovable property,” Schmidt told reporters.

Schmidt added that the law has been put on hold “pending review by the constitutional court.”

Bosnian Serb leader Milorad Dodik said he did not accept Schmidt’s decision, calling it “completely senseless in the land of the foolish who cannot function at all”.

He then called Schmidt a “tourist” who has “no authority.”

What are the implications of the law?

Dodik has previously called on Republika Srpska to secede from Bosnia, calling it an “impossible country”.

In December, Dodik launched a process of removing Serbs from the Bosnian military, justice and tax system.

The Bosnian Serbs have argued that Schmidt’s appointment is illegitimate because it was not approved by the UN Security Council. China and Russia also take this position.

Bosnia is a federal state made up of two “entities”, the Serb-majority Republika Srpska and the Bosnian-Croat-dominated Federation of Bosnia and Herzegovina. Both entities were created by the Dayton Accords which ended the Bosnian war.