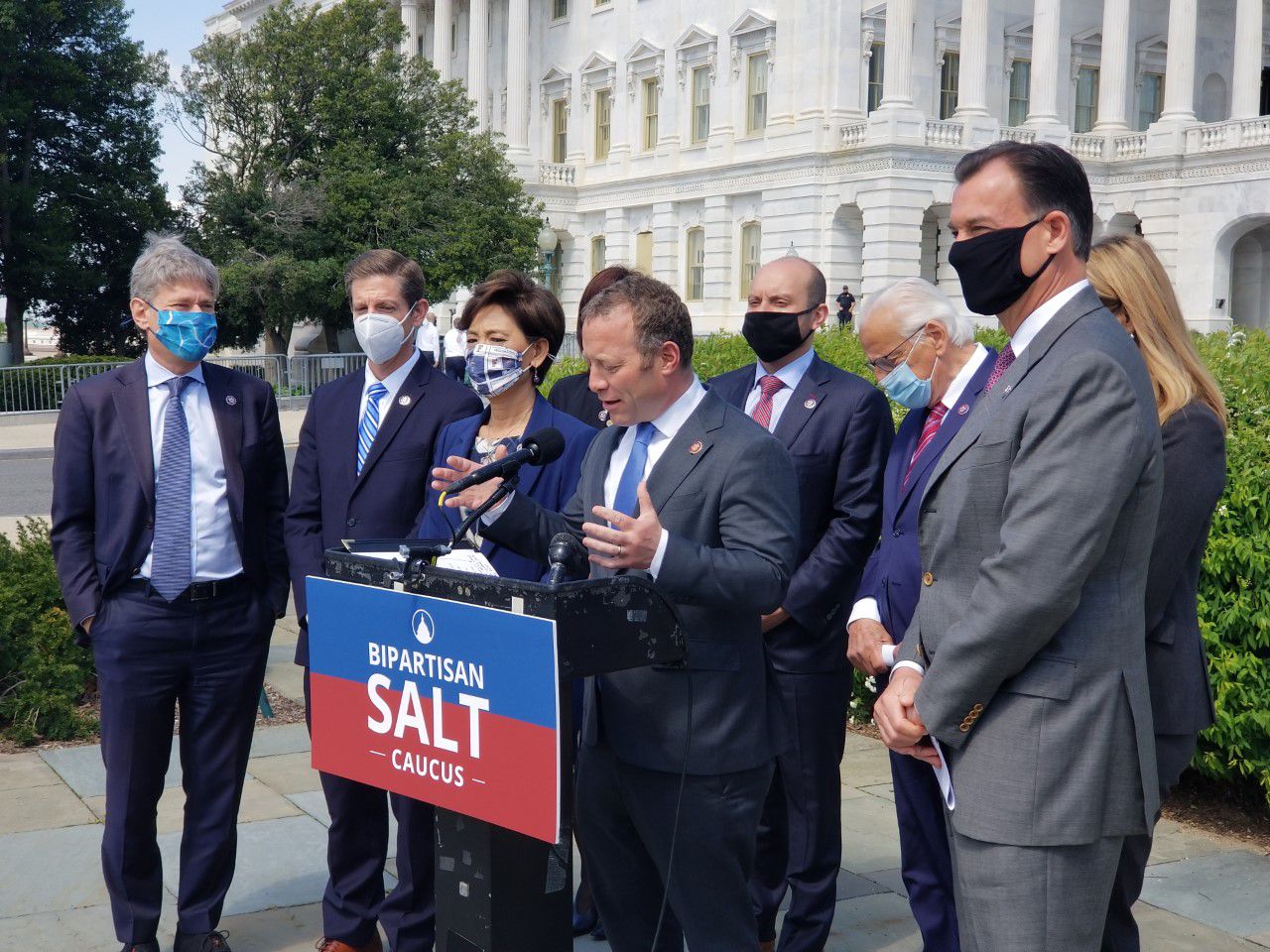 After then-President Donald Trump and congressional Republicans capped the federal deduction for state and local taxes at $10,000, New Jersey officials began trying to circumvent the limit.

Their idea: municipal charitable funds that residents could donate to instead of paying state and local taxes. These donations are not capped. But Trump’s Treasury Secretary Steven Mnuchin and the Internal Revenue Service shot him down.

Now the leaders of the effort to reinstate the full deduction want to block the IRS from enforcing its decision.

On Wednesday, Representatives Mikie Sherrill, Josh Gottheimer and Tom Malinowski and their colleagues from New York and California asked the House Appropriations Subcommittee with jurisdiction over the IRS to stop the agency from spending money to enforce restrictions against municipal charitable funds.

“Particularly at a time when states with high cost of living continue to see prices skyrocket, the IRS should not use appropriate funds to prevent those same states from providing critical relief to their residents,” wrote the legislators.

It’s the same way that proponents of legal cannabis for years prevented the US Department of Justice from enforcing federal marijuana laws in states that have legalized weed for medical purposes.

“We are looking for any vehicle to help the people of New Jersey,” said Sherrill, D-11th Dist.

“If you give money to your communities to support these goals, whether it’s law enforcement or otherwise, why couldn’t you deduct it?” said Gottheimer, co-chair of the Congressional SALT Caucus, which uses the acronym for State and Local Tax deduction.

“We believe the last administration made a quick decision,” he said. “They should back off.”

The IRS had previously approved charitable accounts to allow taxpayer grants to private schools. But in this case, senior Treasury officials, in what the agency’s inspector general called a departure from normal procedure, inserted themselves into the debate before the decision was made.

The $10,000 cap has disproportionately affected New Jersey and other high-tax states, including Connecticut, home of appropriations chairwoman Rosa DeLauro. Most of these states have traditionally sent billions more dollars to Washington than they receive in services.

The United States Supreme Court rejected in April a challenge by new jersey and three other states at the deduction limit.

House Democrats voted in November 2021 to restore tax relief for most New Jersey residents as part of President Joe Biden’s 10-year, $1.75 trillion spending bill. But that measure failed in the Senate when West Virginia Democrat Joe Manchin refused to support it.

Our journalism needs your support. Please subscribe today to NJ.com.

Start your day with the latest news from Trenton, DC and your city. Get the NJ Politics newsletter now.