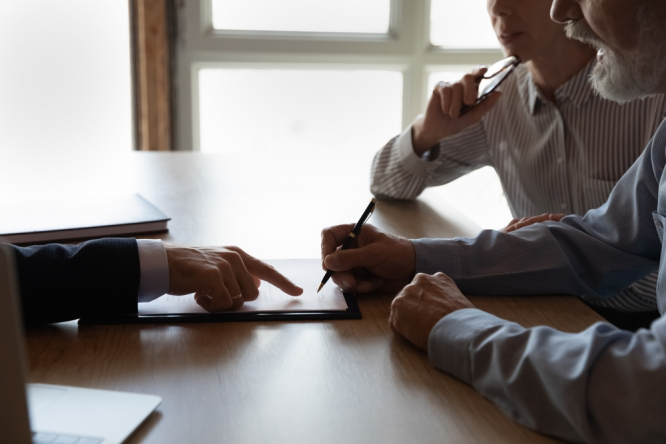 Reader’s question: When a couple has purchased a property with a tontine clause, what, if anything, should happen on the first death? And, if a formal transfer is required, what are the appropriate notary fees?

The inclusion of a tontine clause in the deed of purchase of a property has long been popular among UK buyers, particularly where one or both have children from another relationship.

He ensures that the surviving couple becomes the sole owner.

When property is held in tontine, it devolves to the survivor without being subject to the usual rules of French inheritance law. The children of the first deceased would not automatically have the right to inherit from their deceased parent, as is generally the case otherwise.

There may be limited rights for deprived children to assert that the tontine clause should be ignored, but it is generally accepted that this would not be a simple claim to assert.

When including a tontine clause in the title deed, the couple must be of similar age and life expectancy (a gap of around 15 years is unlikely to cause concern) and must contribute shares equal.

Assuming there are no disputes (these are rare), the survivor can ask a notary to update the title deed to reflect that the property is held in their name only. There is no formal transfer of ownership, but the notaire will charge a variable fee, likely to be around €1,000 to €2,000, to bring the deeds up to date.

There are other points to keep in mind. First, assuming the couple were married or a civil partner, there would be no inheritance tax. Otherwise, inheritance tax of up to 60% may be levied on the half-share of the deceased.

Second, if the owners are French residents, the tontine only concerns the house. Other assets may still be subject to French law, so consider preparing a will.

A tontine clause can only be inserted at the time of purchase, not afterwards, and has drawbacks. Seek advice from a specialist.

Can I modify the co-ownership will after the death of my spouse?

Inheritance in France: Leaving property to charity can avoid tax

In memory of Patrick Nollan, champion of property rights