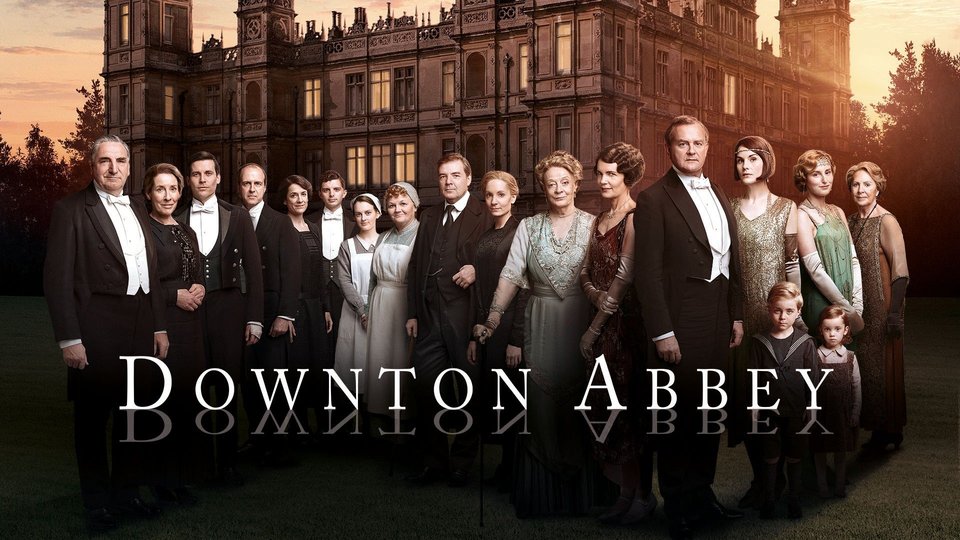 Fans of the beloved TV series Downton Abbey (2012-2015) invite themselves one last time to the Crawley family estate with the release of the second feature film in the saga, Downton Abbey: A New Era.

Downton Abbeyfor those unfamiliar, takes viewers on a journey through post-Edwardian England, where we follow the lives of the ‘old money’ Crawley family as they navigate the changing world of the early 20th century .

While the family drama and witty dialogue have captivated audiences around the world, the show has another essential element that should be of interest to anyone who appreciates ownership rights.

As the show takes great pains to point out, throughout the majority of history, women have not had the same property rights as men.

No girl is allowed… to own property

While women could technically inherit property in the 18th and 19th centuries, many noble estates, such as the fictional Downton Abbey, were irrevocably tied to a title that could only be inherited by a male heir.

For Downton Abbeyof patriarch Robert Crawley, it’s infuriating. Robert, Earl of Grantham, has three daughters and no sons. He knows that after his death, his property will be inherited by a distant male relative, not by his own daughters. With their daughters unable to inherit or even control Downton Abbey, the family stands to lose the mansion that has housed the Crawleys for generations, along with their financial well-being.

The predicament of the family stems from the medieval “system of primogeniture” which, for centuries, left women with inadequate property rights.

A most archaic law

Under the primogeniture system, the titles of European monarchs and noble families must be transferred by men.

When King Charles IV of France died in 1328, for example, he left only daughters behind, not all of whom could inherit the throne.

Without sons, the next hair in the throne would have had to be the king’s nephew. But he was the late king’s sister’s son and was therefore also denied the throne, because his line was through a woman – that’s how extreme the system was.

But the law went even further.

The primogeniture system was later extended to real estate through what was called an “implication”.

And it was this involvement that prevented the Crawleys’ eldest daughter, Mary, from inheriting her father’s estate, as well as his title of nobility.

It is absurd to consider that while Downtown takes place 600 years after the death of King Charles, the antiquated legal structure still prevented women from enjoying the same property rights as men.

Worse still, it was not an injustice isolated to Europe alone.

The founding of the United States is deeply rooted in British common law.

Our founders were avid readers and followers of Sir William Blackstoneand colonial lawyers seldom traveled without their four-volume copies of his Commentary on the Laws of England.

While we have adopted some of our greatest legal virtues from British common law, including the rule of law and individual rights, the United States has also adopted its draconian views on women’s property rights.

During the colonial period, when the settlers were still subject to the British crown, a husband had exclusive control not only of his own property, but of any property he inherited through his wife’s family.

In 1718, Pennsylvania adopted a then-progressive approach to property rights, extending managerial rights to women, but only if their husbands were incapable.

A few years before the Revolutionary War began, New York City picked up the slack, giving wives a say in the management of joint assets.

New York law of 1771 required the consent of the wife if the husband was going to sell property he had inherited from his family by marriage. It also gave added reassurance to the wife by letting her meet privately with a judge to confirm that no coercion or infringement had taken place in the sale.

It will be nearly 70 years before further progress is made.

In 1839, Mississippi became the first state to let women hold property in their own name.

In 1844, Maine granted women the right to a “separate economy” independent of a man.

Perhaps one of the most important milestones in the struggle for women’s property rights came in 1848 with the death of New York. Married Women’s Property Laws.

The law was a huge victory as it allowed women to enter into contracts without their husbands or male relatives. It also allowed a woman to sue in her own name.

Curiously, while women had virtually no rights to their common property, until this law was passed, women were still responsible for their husband’s debts.

Unfortunately, this was a US law and not one the Crawley family could use to their advantage. But it helped inspire a similar 1870 UK law that allowed married women to retain property – a victory for women’s property rights, but not a solution to the Crawleys’ problem of involvement. US property laws for married women would have profound and sweeping implications. By 1900, each state had passed similar legislation.

You will notice that the law specifically concerned married women. Interestingly enough, in many cases, single women had more autonomy over property and finances. But this did not apply at all levels.

It was not until 1862 that the US Property Act would remove barriers that made it difficult for widowed, divorced and single women to make property claims in their own name.

California took the ball rolling from there: That same year, the state passed a law that recognized women’s financial independence, going so far as to give them control over any deposits made in their own name.

These victories may seem like relics of a distant, belated past. But the fight for a woman’s right to control her own possessions, including money, would not be fully won in the United States until 1974, less than 50 years ago.

the Equal Credit Opportunity Act gave single, divorced and widowed women who wanted to open a line of credit the freedom to do so without a bank forcing a man to co-sign.

Meanwhile, in the UK, some women are still experiencing the “Mary Crawley” problem. In 2013, some parliamentarians introduced a bill this would allow titles – and any land connected with them – to be inherited by female heirs. The bill has been informally dubbed “The Downton Abbey Law”. Alas, he failed to pass.

Life, liberty and property – for all

In his Second Treaty of Government, the brilliant English philosopher John Locke wrote: “Every man has a property in his own person. No one is entitled to it, except himself. He also wrote that “where there is no property, there is no injustice”. The Crawley family would most certainly agree.

Locke witnessed first-hand the tendency of the British government to disregard an individual’s right to property. And our founders and drafters were careful to incorporate this wisdom into our own Declaration of Independence and Constitution to ensure that governments never trample on this sacred right.

But this guarantee, as we have seen, did not always protect all individuals equally in Locke’s country, nor in ours.

One of our dearest founding mothers, Abigail Adams, once wrote to her husband, John, advising him as he helped shape the future of the country.

“Remember the Ladies, and be more generous and supportive to them than your ancestors. Do not put such unlimited power in the hands of Husbands. Remember that all men would be tyrants if they could. If special care and attention is not given to the ladies, we are determined to foment a rebellion and we will not stand bound by laws in which we have no voice or representation.

It may have taken two centuries for his hope to be realized, but our American and British female ancestors can rest in peace knowing that their daughters have finally been granted the right to control their own property, and therefore their own destiny.